Oct. 2 was Lamar’s first pep rally inside of Gym A this year.

Many students rushed to get a seat, and both sides of the gym were packed like a can of sardines. In the beginning, the band played the school’s fight song while the cheerleaders cheered to the crowd.

“I felt good performing since I haven’t done so in a year,” senior band student Marcus Smith said. “I thought all the performances in the pep rally were great.”

After the fight song, the school’s dance program students made their way to the gym floor to perform to a medley of songs including “Coming In Hot” by Lecrae & Andy Mineo, “Everybody Mad” by O.T. Genasis, and the  Tik Tok song “Bow Bow Bow” to end their performance.

“I felt kind of shy performing in the pep rally, but I had fun and I was happy to be a part of the pep rally,” sophomore dance student Thomyla Simmons said.

The ViQueens made their way to the gym floor to perform  to “Nobody’s Business:” by Rihanna. The type of dance style the Ladies performed in was majorette.

“I really enjoyed the pep rally. I always love seeing what the different organizations are going to do,” senior captain of the ViQueens Averie Gracia said. “As always, I had so much fun dancing with the ViQueens. We worked very hard on the routine and I felt like we did a great job.”

The Student Council ended the pep rally with a game of musical chairs. Several Lamar organizations selected a member to compete in the game.

“I enjoyed watching them play musical chairs,” senior Kierra Moore said. “It was very funny and the ending with the football players rushing on the floor to cheer on their team mate for winning the musical chairs was even funnier because he removed the chair from beneath the ViQueen, when she really won.”

It appears the pep rally encouraged Lamar’s football players, as they won  the game against Bowie with a score 62-49.

“It felt good to get our first dub,” varsity football player Jaylon McCoy said. “We worked hard as a team. We all did our part, including defense with three touchdowns.”

McCoy said other team efforts that contributed to the win included great blocking from the linemen, which led to a good completion rate for quarterback Jaden Morris. Javion Green and Laron Hulet made a touchdown each. 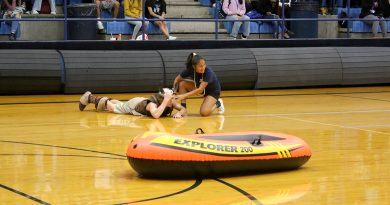 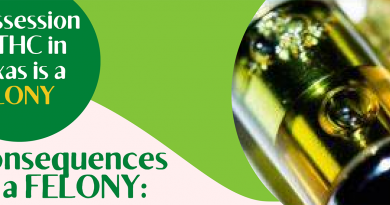 Students expelled due to liquid THC 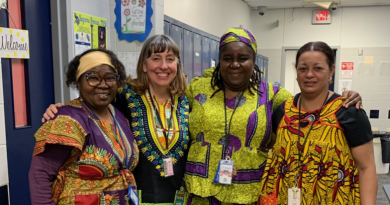