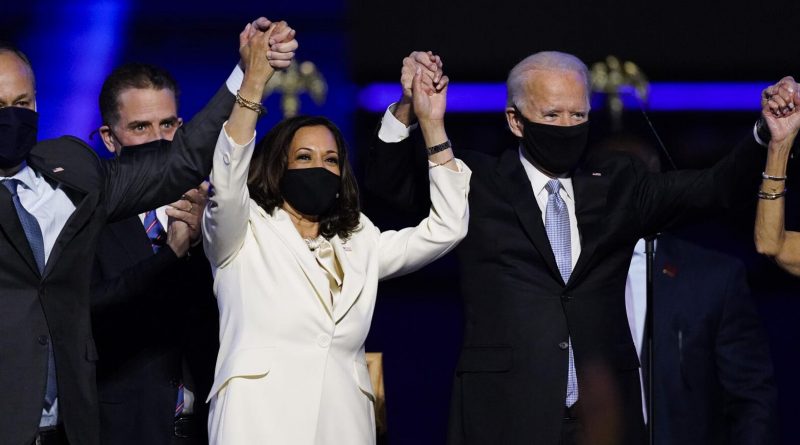 On Saturday, November 7, Joe Biden and Kamala Harris won the 2020 Presidential Election. After four long days of anxiously waiting, people flocked to Times Square, Black Lives Matter Plaza, and the streets of large cities across the nation in celebration. They rose flags and signs in the air, excited about Biden’s win and Trump’s upcoming leave of office.

“With full hearts and steady hands, with faith in America and in each other, with love of country and thirst of justice, let us be a nation that we know we can be,” Biden said. “A nation united, a nation strengthened, a nation healed, the United States of America.”

As the first woman and person of color Vice President, Kamala Harris has spread hope and inspiration to others like her across the United States.

“Now is when the real work begins,” Harris said. “To unite our country and heal the soul of our nation. And the road ahead will not be easy, but America is ready, and so are Joe and I.”

Donald Trump has resisted recognizing the election outcome. As he did in the time between election day and Biden’s win, Trump continued to claim that the voting process was corrupt without providing supporting evidence, constantly heading to Twitter to express his opinions.

“People will not accept this Rigged Election!” Trump said.

“As of Sunday, the tallied votes accounted for 62% of the eligible voting-age population in the U.S.” AP News’ Nicholas Riccardi said.

As of Tuesday, November 10, Biden now has 290 electorate votes and Trump still has 214. North Carolina, Georgia, and Alaska still need to complete their votes. Alaska and North Carolina are looking red while Georgia is looking blue.

A uniform a day keeps the coaches at bay