With the release of Season 3, the popular Netflix series 13 Reasons Why continues to explore mental health topics such as suicide, depression, relationships, bullying, drugs, and alcohol abuse. A fourth and final season is currently in production.

According to studies cited on the National Alliance on Mental Illness website, “16.5% of  U.S. youth aged 6-17 experienced a mental health disorder in 2016 (7.7 million people) with 50.6% of U.S. youth aged 6-17 with a mental health disorder received treatment in 2016.” These figures also reflect that high school students with significant symptoms of depression are more than twice as likely to drop out compared to their peers.

“Teen mental health is very important and should not be taken lightly,” counselor Glenda Simmons said.  “If you or a friend are experiencing signs of depression or thoughts of hurting yourself or others, please seek out help from a teacher, counselor, or assistant principal.”

The show, based on Jay Asher’s 2007 novel by the same name, focuses on how one character’s actions affect others. One of the show’s main characters, Hannah Baker, commits suicide after recording tapes explaining 13 reasons why she took her life and the events leading up to her death. Her classmates receive the tapes, which causes issues to come to light. Throughout the show, each character is accused of contributing to Hannah’s death. Due to the show’s graphic nature, Netflix began issuing a warning notice to viewers and offering statistics relating to the show’s topics.

“I’ve seen the first season and it was awful,” senior Matthew Brown said. “It’s not really about bringing awareness to mental health. It’s a toxic show. I think the original purpose of the show was to bring about awareness, but people got too caught up in the characters and the show’s plot instead. It seemed like the show glorified suicide. There have been a few reports that people killed themselves after watching.”

Although the series received positive reviews and support from critics and target audiences, its graphic depiction of issues such as suicide and rape, along with other mature content prompted concerns from mental health professionals.

“I advise against reading, watching, or listening to things that put you in a more negative mindset.  If something is making you feel worse, stop doing it and seek help,” Simmons said.

At the end of each episode, the show promoted their crisis website and hotline, “Talk to Someone.” (https://13reasonswhy.info/) 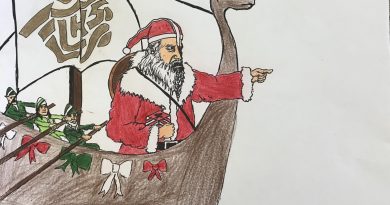