Over the past couple of years many celebrities’ and politicians’ pasts have come to light and made known to the public. Some of their pasts consisted of scandals and crimes that contradict with their jobs, public appearances, and what they stand for. Although their past behavior might contradict what they stand for now, it should not lead to the downfall of jobs and reputations that they worked hard for.

Virginia Gov. Ralph Northam faces pressure resigning from his job due to the upbringing of a photo from his college life that conveys racial content. The photo has made known to be offensive and humiliating, due to his vile use of black face and association with dressed members of the KKK. Since the outbreak of this photo, Northam has apologized for the photo but it still raises some suspicions by the citizens about the man they elected as their governor. In my opinion, what Northam took part of was very offensive, but he was still immature and juvenile in college, so his morals may have changed when he entered adulthood. However it does make me wonder if his careless behavior in his college life still contributes to his view on certain racial groups, even if this single photo does not exhibit the full character of Northam.Whatever Northam was contemplating when he took these photos should not lead to the downfall of his
occupation.

Although Gov.Ralph Northam rights were violated under the statutes of limitations, Marilyn Manson remains unprosecuted for his actions because of absence of corroboration. Because the sexual assault charges dates back to October 2011, Manson will not be charged because the state’s statutes of limitations had expired even though the allegations are just now being publicized.

Manson not being prosecuted for his charges is unfair to the victims of his alleged sexual assaults because they still have to live with what he did to them daily with no form of justice. In cases like these, the statutes of limitations tends to allow the justice system to look over certain crimes in order to protect individuals. Committing any crime should be punished in order to keep our communities safer. If a person believes they are able to get away with any allegations like rape, sexual assault, or murder it will stimulate chaos.

In certain cases some crimes are more severe the others and should be treated more importantly no matter how long ago it was. Manson not being charged basically indicates that he got away with his crime just because it was so long ago, and it encourages others to believe that they can get away with any crime as long as they don’t get caught for a certain period of time. This type of mindset is very dangerous for our country and does not promote justice for anyone. I believe that our justice system should try to discern every crime that they come in contact to and decide the punishment necessary no matter how much extent of time has taken place.

Nope is a yes for me 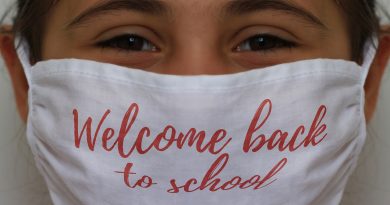