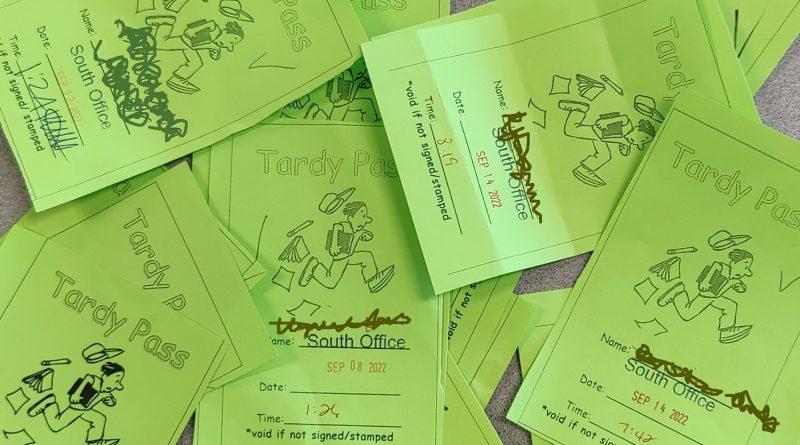 Students were surprised when school started this year, because Lamar administration cracked down on attendance the first weeks of school.

Over the summer the idea of tardy slips started from a meeting between teachers and administrators as a way to better track students to class at a fast pace. The tardy slips are pre-printed so all students have to do is add their name on to it. Tardy slips are not a one-time thing, they will continue and there is a limit on the number of tardies a student can get.

“Tardy slips are something that will continue throughout the school year and for years to come,” Brandon Howard, an assistant principal at Lamar, said.

He said  all AP’s run a list and once a student reaches five unexcused absences or tardies, then that student will receive a call up to the office. Depending on where they are determines the consequence which could include a call home, ISS, choices, etc.

“We tell them it’s pretty straightforward if you’re in class on time then the tardy slip doesn’t affect you because you never have to come get one,“ Howard said.

There has been pushback on tardy slips, mainly from the students.

Administration is aware that sometimes due to a late bus arrival or the distance a student has to walk from one building to another, there can be conflicts with getting to class on time.

“We actually have two different passes, we have a tardy pass and a late bus pass,” Howard said. “The tardy pass is green and the late bus is yellow which totally affects how they are coded into the system.”

Administrators are willing to work with students who are having trouble with late busses or traveling from other campuses.

“I have a class at the CVPA first period and the bus comes back late at the start of second period, which has made me miss half of second period,” senior Leslie Garcia said. “But thankfully the administrators switched the schedules for my second period to have first lunch so I don’t come in the middle of class anymore.”

When a student comes to an AP and says they can’t make it between classes on different sides of the building, the AP will help them figure out a solution.

“The first thing I offer them is meeting them at their class and walking together to the  next class,” Howard said. “If we can’t make it, then we will make a change. But, if we can make it then  we just need to get to class faster and I’ve never had an opportunity where I walked with the kid and we didn’t make it to his/her class on time.”

Tardy slips have helped make some students more efficient. The first week of school, tardy slips averaged about 15 tardy pages a day in each office and now it’s down to somewhere around 7-10 pages a day per office.

“Tardy slips did help some kids get to class faster, but it’s not helping everybody,” Howard said.

Garcia said she is not usually late except for with the CVPA bus, so she doesn’t really mind the tardy slips.

“I think students are going to be late regardless of what time they are given, some just don’t really care,” Garcia said. 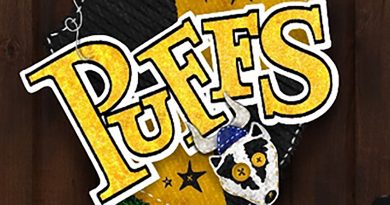 Blue Curtain gets ready to perform ‘The Puffs’