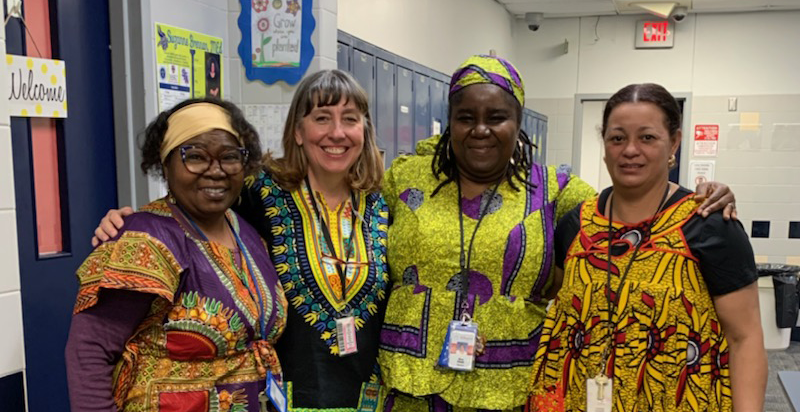 Lamar’s Black Student Union helped spread awareness around the school during the month of February. Some of the items they focused on were individuals who made great contributions and sacrifices, inventions and also the culinary contributions to what Americans eat today.

“Black History Month gives individuals a designated time to sit and reflect and think of the influence and impact that black community members have had in society,”  science teacher Jocelyn Sigler said.

This year, members of the BSU admitted they didn’t prepare well enough to bring on as much awareness as they had hoped. A brief winter storm and a couple of other setbacks hindered the club’s ability to execute some of their plans as well. However, they managed to host two successful Black History Month events during the month of February.

The first event was a door decorating contest. Students and teachers were encouraged to decorate their doors and walls with facts, pictures and decorations that educate passersby about black history. The winners of the door decorations were Angela Norris for most inspiring and Matthew Anderson for most creative.

The second event that BSU hosted was a bake off  between both students and teachers.  The winners for the bake off were Nathaniel Thames for best taste of his buttermilk pie entry, Tiffany Manigault for best theme for her pecan pie and chocolate explosion entries, and Angela Norris for best presentation of her banana pudding cups.

“Things are different now than they were before COVID,” science teacher Vera Madison said. “I was involved with the BSU and Black History Month two years ago, right before COVID. There were a lot more people involved, but since we’ve come back, things have changed and it’s very difficult to get students to join the faculty.”

BSU and the fine arts intended to excite the Lamar community with a black history assembly the week of the snow storm, but it was ultimately canceled due to the weather.

“We had kicked around several ideas and different venues, but since we’re in the winter it’s hard for us to plan events like the talent show, poetry slam and the assembly, ” Madison said.

Madison said next year she intends to start planning earlier, so the BSU and others can execute more events throughout the month of February.

“If I want people to be involved next year, I need to inform them of what I need and want them to do now over the summer,” Madison said. “[That way] they can start preparing, so next year the assembly… and more, will be on and popping.”