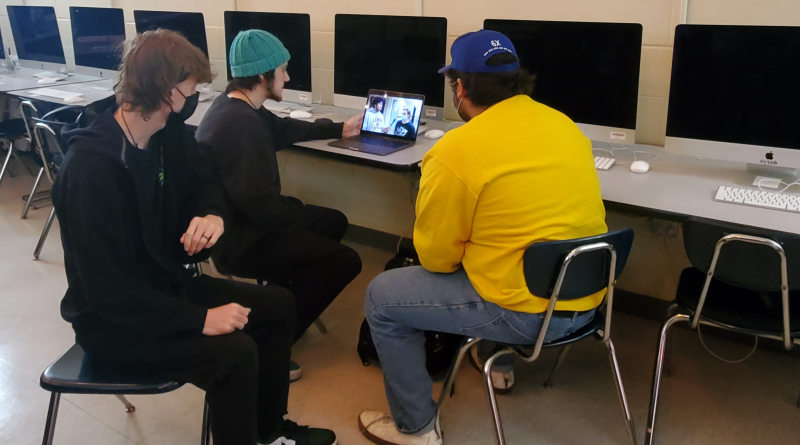 Jeffery Washington, Blake Petrine, Emmitt Skye, Mary Ann Busbuso, and JJ Garcia make the collaborative effort to feature the campus each week on Lamar High School’s YouTube news channel, The Berserker, but are looking for others to join for next year.

“I’m just excited that I’ve got kids that are actually interested in learning,” Washington, a career and technology teacher at Lamar, said.  “It is a process, and I think teaching kids how to produce something professionally, and helping them understand the importance of professional online content, for me, is an incredible experience.”

The team, which is composed of four students, film as much as possible during their 3rd period.  However, Blake Petrine, a senior at Lamar, brings up the issue: with such a small number of people working on content, it’s difficult to get content out that covers enough news.  In previous years, there were around 7 to 12 members who published content, on average, 2 to 3 days a week.

“Promotion has been a little difficult,” Petrine said.  “In earlier seasons, students that weren’t even a part of The Berserker, they were just viewers, would promote the episode…just because they liked it.  But not a lot of people even know we are doing the series this year, so time management, productivity and promotion have been the biggest of our concerns.”

Despite the setback, the team makes every effort to spread the word, especially as they have started producing shows at the start of the 2022 Spring semester.  Primarily, the Berserker is mentioned in the announcements and within the actual video.  However, Washington has put in an effort to visit classrooms, speak to the fine arts and talk to the sports teams about recruiting people for next year.  Additionally, he has requested that every organization, sports team, and fine arts class on the Lamar campus choose a representative that can provide photos and information, so that the coverage of campus news is as comprehensive as possible.

“I’m nervous, wondering about it next year, because I was hoping my classes would grow.  But they aren’t, and I’m surprised,” Washington said.  “In a world that’s spotlighted by online content, streaming services, videos and photos, the number of students that say they aren’t interested in the capability of making that content, in the possibility of a career, and learning how to perfect something like this before they even leave high school, it’s disappointing.  It’s shocking really.”

Among the students’ concern is the ability to personalize their content.  As the team focuses primarily on the news, other topics of conversation or interests have become a second thought.

Regardless of their current situation, building The Berserker to what it has been in past years, Washington, as well as the rest of the team, keep their heads high with excitement for future events such as color-guard, track and soccer.  More so, they look forward to seeing who joins the team in future years.

“The Berserker is literally nothing more than something that’s kind of like the morning announcements.  We are reporting what people are telling us, about what’s going on,” Washington said.  “But we need a little bit more, we want to see the pictures, and we want to see what’s happening on campus, but we simply just don’t have enough people.” 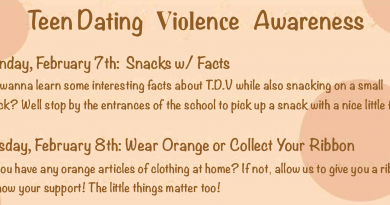