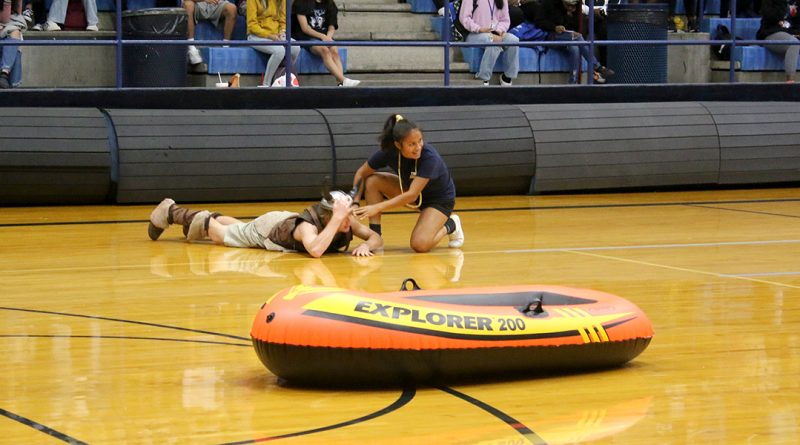 Senior Night is a night where all the seniors that participate in activities such as football, cheer, band, drill team and Thor Corps are recognized. Seniors were recognized at the non-district Lamar v.s Mesquite football game where they were escorted onto the field by their parents before the game and during half time.

“I really like senior night,” Student Council sponsor Sarah Larrabee said. “I think it’s really fun for the families because they get to walk the field with their kids. Most of these kids have done, whatever their activity is, for all four years so it’s like a really special moment for the kids and the families to enjoy all their hard work.”

“It was a lot of fun to really have all the four years that I’ve worked for be meaningful and have it showcased towards everybody, band parents, my parents and other parents,” senior Viqueen Officer Trinity Jones said. “It was an experience and I’m grateful.”

Although the band didn’t perform their usual show, they played “Hey Baby.” during the third quarter.

Senior Night was held much earlier in the year in order to celebrate ahead of time so the rest of the season could be enjoyed.

“It was really fun,” senior football player Isaiah Robinson said. “It was great to get the recognition from all the work that we put in, for all the seniors in the past four years. Even though I didn’t get to play, it was still a really fun night for all of us, and I know it’s something that all the seniors appreciated.”

A Gold Out pep rally was also held in the gym during last period to hype up the Vikings before Senior Night. 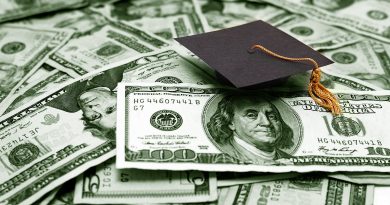 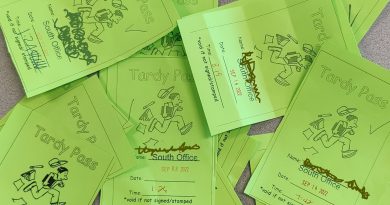 Tardy slips are here to stay