Many of us Texans know during our winter season our temperatures normally drops around  the 50’s – 30’s , but rarely the 20’s and below. Unlike the second to last week of February temperatures were on the rare side of  Texas.  It  felt  and looked like , as if we were in  Chicago. As we all know during this time period majority of the state loss two of it’s main  resources which were  electricity  and water. Due to frequently used resources like electricity and water most Texans were clueless at first and didn’t know what was the next step. But as time kept progressing without electricity or water , Texans eventually put their mind to work with such creative ideas , just to survive through a horrible crisis.

” I had mixed feelings about the snow. At first  I was excited because I never had experienced that much snow, but as the days progressed I noticed how people were losing power and water and it made me anxious. ” said Junior Averie Garcia

Texans were so big on survival mode that they begin to use the snow as a water resource by melting it either on the stove or the microwave. To keep the toilet from freezing due to the pipes and to also cook meals.

“Although the weather has affected us in a way we’ve never experienced in years. Staying with family during this time period has made this hard time possible to get through. I was able to have fun in the snow with my dogs for the first time , it was exciting to see them enjoy it since it was their first time ever seeing snow. I also built a snow frog creature and made a snow angel . Not only that me and my mother recreated pictures from 10 years ago in our exact same house.” said Junior Elmesie Gonzalez

Through the crisis we all  as a community , a state helped neighbor by neighbor, friends , family and strangers who needed a helpinging hand . Whether they were in need of food , a place to shower to clean up , a place of warmth or a place to feel love and safe during this time period. And I’m proud to say that the citizens of Texas really came through for each other , it was beautiful to see and know  everyone who was affected were  well taken care of.

“What a week , but what a great week to have family and friends help you through the crisis. ” said Freshman Thomyla Simmons Tornado and stormy weather drills ramp up in schools 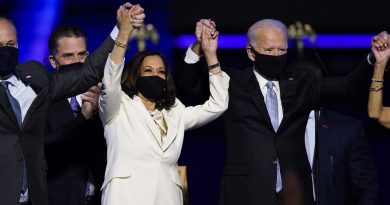