What started out as simple bush fires turned into a tragedy with many wild fires endangering animal and humans homes and lives many houses burnt down along with natural habitats surrounding the area with many people doing what they can do to help with the situation.

The fires in Australia grew in both intensity and danger recently as bush fires evolved and became harder and harder to put out as they spread across the continent.

“It’s heartbreaking i want to fly over there and help the humans and animals i hate seeing the kola bears hurt with burnt paws,”  Dance teacher Mrs.Woods said “Some of the fires have been set on purpose and i cant believe people actually do this with the wind picking up the fires and allowing them to travel across river.”

With the fires continuously spreading with no intent to stop the Australian firefighters have a lot of work to do with many fires their aren’t enough firefighters but the community helping out and many celebrities donating money to the cause such as Selena Gomez and Ellen DeGeneres and many more to help with rescuing and rebuilding.

“Upset mostly about the fires and very concerned with the people near it,” sophomore Issack James Radcliffe said,”I still have some friends there, who are affected by the smoke from the fires because they live near the fires.”

Usual season for fires in Australia are winter and summer  as they are the dry seasons with 12.35 million acres having been burnt down and more than 400 million plus animals that have been killed in the fires such as mammals, birds and reptiles with many human casualties as well.

“I think that whats happening in Australia is extremely disheartening to hear what has happened to the wildlife and the people who stay near the fires,” Sophomore Jesus Ledezma Said, “the community has suffered a great lost with many of the animals in Australia and people losing their homes and lives with the fires.”

With bush fires turning into much bigger problems if you are to see a small fire you should report it as it many lead to bigger problems such as lives being taken homes and habitats being destroyed and endangered animals being killed with the fires being handled very careful and the situation being taken very seriously the fires should start to reside and then the community can continue to rebuild what the fires have taken from them and many animals being rescued Australia will recover from this tragedy. 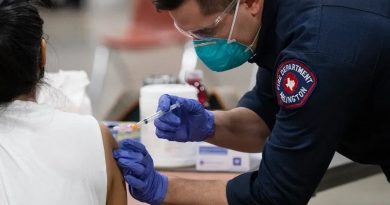