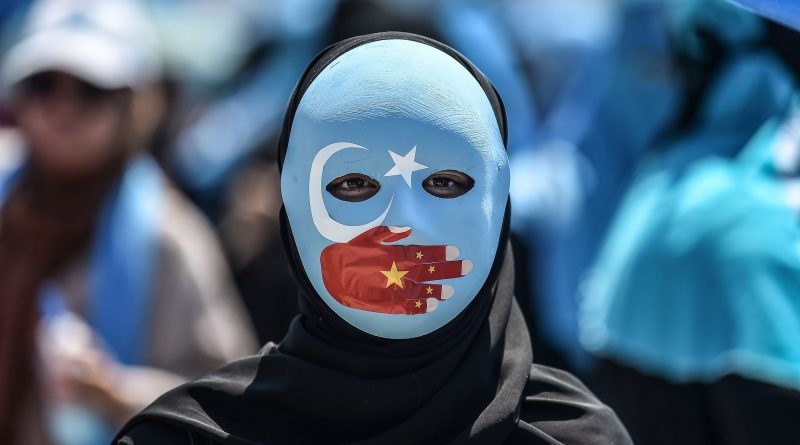 TOPSHOT - A demonstrator wearing a mask painted with the colours of the flag of East Turkestan and a hand bearing the colours of the Chinese flag attends a protest of supporters of the mostly Muslim Uighur minority and Turkish nationalists to denounce China's treatment of ethnic Uighur Muslims during a deadly riot in July 2009 in Urumqi, in front of the Chinese consulate in Istanbul, on July 5, 2018. Nearly 200 people died during a series of violent riots that broke out on July 5, 2009 over several days in Urumqi, the capital city of the Xinjiang Uyghur Autonomous Region, in northwestern China, between Uyghurs and Han people. / AFP PHOTO / OZAN KOSEOZAN KOSE/AFP/Getty Images
Happening Now News
December 8, 2020December 8, 2020 Asiah Darden-Simmons 513 Views
Spread the love

The Captivity in China has been going on for quite some time. People should be more open about this issue and take it seriously rather than continue to ignore it. Since 2017 Muslims have been held under China’s government, taken away from their families and their religion.

“I feel awfully wrong about the captivity in China, those innocent people should not be held nor mistreated for no reason at all,” junior Elanna Russell said. “Not only that I feel like it’s racist towards the Muslim religion so as their community.”

There has been 2 million Muslims detained without trial by China’s government over the past 3 years. It is now being called the largest mass incarceration of an ethnic group since the Holocaust.

Rahima, who’s done an interview with Front Line, describes herself and others as zombies, as like someone who has lost their mind. Chinese communist regime mass imprisonment and surveillance of Uyghurs and other Muslims. Rahima describes the captivity as being surrounded by bars and mesh wire, cameras everywhere and brutal treatment happening everyday!

“This topic is wrong in so many ways,” junior Averie Garcia said. “People should not be forced into captivity because of their religion along with having to convert. I wish American news shined more light on this issue because everyone should be concerned. I need to be more educated about this topic.”

Rahima also goes a bit into the harsh treatments that go on everyday.

“They’ll have us sit on a hard chair for 24 hours,” Rahima said. “They’ll even have us use the bathroom while sitting. If you exceed two minutes in the toilet they will hit your head electric prod.”

Muslims would be hunched over sewing machines in rows. They’ll also be detained and will spend month after month renouncing their religious convictions.

“People don’t deserve to be mistreated or be held because of who they are and what they believe in,” freshman Thomyla Simmons said. “In my opinion, I believe we should all be equal and free.”

China wants the world to stay silent on Muslims camps. It’s succeeding for China. Last year, President Trump met with Chinese President Xi Jinping over dinner and said “go ahead with building the camps,” which Trump thought was “exactly the right thing to do.”

The government now insists that the camps are necessary for preventing religious extremism and terrorism.  37 countries defend China’s “remarkable achievements” in the field of human rights “by protecting their country from terrorism separatism and religious extremism.” However, people who aren’t covered are sent to a detention facility for simply wearing veils or growing long beards.

China has stripped away the religious justifications to reveal what was once half hidden unadorned and unstoppable power. The Chinese Communist party is reverting to type, and reviving the totalitarian fear of the Mao era. To bring down numbers of the largely Muslim Uyghurs of Xinjiang, the China scholar, Adrian Zenz, reports that the Communists are forcing women to be sterilized or fitted with contraceptive devices.

China is now turning criticism of its disastrous record on incubating the Covid-19 virus and its atrocities against its Muslim minorities into crimes, and the people who should be shouting the loudest are bowing their heads in reverential silence.

This story was featured with Tyianna Millsap 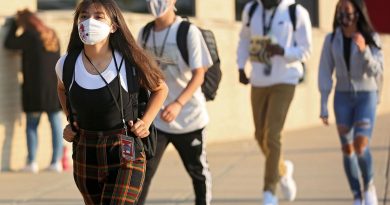