For the 49th year, Homecoming 2019 ushered in fun and a creative flair to the typical school week . Dress up days, afternoon pep rally and the GLOcoming after party sponsor by Student Council brought excitement to student council and faculty.

“I dressed up the whole week, because I wanted to experience and participate in school spirit!”  freshman Ashlynn Edwards said.

A night to remember full of excitement, music, and unity happened all together on October 4, struck another win against Trimble Tech with a score 50-0.

“Everyone should be apart of the fun. Tradition is important. I plan on going to the HOCO game to find out who’s king and queen don’t care who wins just want someone to represent the LAMAR WAY. ” Art teacher Amy Yancey said.

The gates opened crowds of people awaited to enter, it felt like thousands of sardine cans had opened . The cool light breeze had set the tone for the night, yellow and blue shined bright of every conner of the home stands.

“I’m excited about the game , because it’s my first HOCO game  I ever attended.” sophomore Tyianna Millsap said.

During halftime the Vi-queens had walked onto the field forming two vertical rows leaving a path for the HOCO court to walked through as they were introduced. The prince senior Tyler Ahlgrimm was super excited about being nominated for HOCO prince his family was  very excited with great joy for him, then our HOCO princess was announced senior Bailee Oliver her face blown with great happiness. Moments later the announcement happened with nervous wrecks for HOCO court and the  crowd , the question everyone: Who would win the title of Homecoming King and Queen.

For HOCO king the announcer shouted  is senior James Grando, the football players shouted with joy hearing their teammate be announced, Grando smile shined throughout the whole moment. Moments after HOCO queen was announced HOCO court and the crowd still held on to their nervous wrecks, but once the announcer shouted senior Anttrell Grimaldi the Vi-queens screamed with happiness to hear one of their girls   be announced as HOCO queen, Grimaldi feelings was excited been waiting since freshmen year for this moment. The HOCO game  ended with another celebration of victory with the letter “L” struck victorious in the air , the crowds leave to celebrate their HOCO night at the GLOcoming afterparty.

Crowds awaited to enter the fun of the night , with a glow-stick entering Gym C with sliver strings hanging down as you enter the vivid party , Loud music blasting from the DJ section , photo booth one side with props to create a vivid picture , VFND gold balloons one side HOCO on the other. Memories were created inside with silly dancing and colorful flashing lights , with two slices of pizza and a cold drink of lemonade.

Enormous, bold, jingle mums burst in the school you’ll think they weigh 100’s of pounds due to all the lights, feathers, small teddy bears, and other little knick knacks that hangs onto them but no.

“I had someone make it  for me I believe it took them like 2 days, spent $275 to create,  feels like 7 pounds.” said senior Hanah Kough

For one brief night, among the glitter and bells, Viking fans gathered to congratulate royalty, celebrate another victory, and dance away any worries. 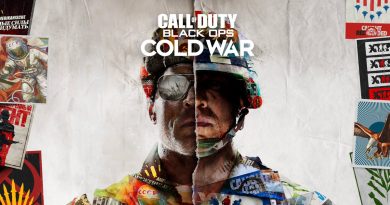