Senior Marcelena Cruz gets an out during a district game. Photo Credit: Kaitlin Bridges
Sports
May 13, 2019May 15, 2019 Lamar Scroll Editors 939 Views
Spread the love

The Lady Vikes softball season ended with an appearance in the playoffs and a dedication to teammate Faith Whittaker, who died in a car accident earlier in the year.

“Faith was a competitor and good player. We really miss her and we dedicated our season to her memory,” junior Kaitlyn Livingston said. “She was always very happy. I don’t think there was ever a moment when she wasn’t picking someone else up. She was always encouraging. In a way, she brought us closer as a team and made us realize we had to do well this season. Faith would have expected nothing less from us.”

“We faced a very good pitcher that will go on to pitch in college,” Coach Ken Livingston said. “We may have faced one other pitcher of that speed and quality all season. It’s hard to prepare for someone that plays that well. But I am most proud of the resiliency of the team this season. They stayed focused despite adversity with Faith’s passing and kept working to get better.”

While the team suffered an early exit from the playoffs, the season was filled with many highlights and fun moments.

“For me, one of the highlights of the season was beating Martin (March 27),” senior Tatiana Ayala said. “We hadn’t beaten them in many years and we all pulled together to cheer and fight our way through. We came out successful, 6-5 in 8 innings.”

“After beating Martin, we were really excited and played well against North Crowley (10-6) and Arlington (7-3),” Griffin said. “We had a good season overall and I think Faith would be proud of our efforts on the field. Next season will be good. I just feel it.” 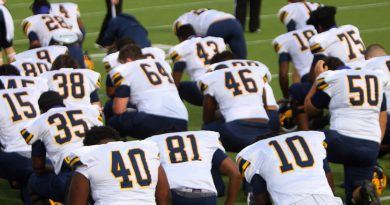