With the arrival of break just days away, two things can be guaranteed: extreme heat and summer blockbusters, and this year, the films seem promising to say the least.

First off, there’s Aladdin which has just come out to busting the box office over memorial weekend with over $212 million globally but mixed reviews as well. Disney’s current passion of rewriting their classic material may have mixed opinions, but it does draw an audience regardless and in the end, that’s just why they’re making these movies. The little changes made isn’t nearly enough to create an entirely different film, or to even warrant the remake but for some it’s enjoyable and the songs alone make Aladdin worth it all.

Continuing on, everyone’s favorite larger than life monster Godzilla returns in Godzilla: King of Monsters alongside countless other creatures like Mothra and Gidorha. The ultimate monster showdown any moviegoer could hope for and is sure to rake in a couple dollars, at least.

A unique horror film featuring Octavia Spencer, Ma too comes out by the end of this week and features a spin on the typical obsessive stalker with a woman distributing both alcohol and a party space to a group of unwitting teens. While Blumhouse, the company behind the movie has a mixed track record of quality with their films, Ma has risen hopes among the audience and is sure to cause a stir whether good or bad.

For the first time in years, Marvel is releasing a song that isn’t from the Avenger’s with a new addition to the X-Men universe, Dark Phoenix. Telling the story of Jean Grey, who gets hit with cosmic force that morphs her into one of the most powerful mutants threatening to destroy the universe when she loses control. Apparently meant to be one of the most emotional films from Marvel Studios, fans will either be in tears or in an uproar – social media will tell us in time.

Perhaps less advertised but no less looked forward to, the remake of Child’s Play will surely draw in a crowd of all kinds – from those searching for a scare or a sense of that newfound nostalgia. Child’s Play already holds a series of sequels under its belt and joining the remake club of course, adds another notch beneath its belt. Directed by Lars Klevburg, who is admittedly new to the movie scene with only the movie ‘Polaroid’ in his filmography, Child’s Play will be his introduction to the mainstream and to its critics.

While the masses assumed the series ended with Toy Story 3, Toy Story 4 arrives June 21st for a new adventure with our favorite stuffed cowboy, and space ranger. Including formerly forgotten character Bo Peep and quirky new creation, Forkey, Toy Story 4 is set to be a road trip adventure with a heartfelt story common from Pixar Studios.

Furthering the story of our favorite neighborhood superhero since Endgame, Spider-man: Far From Home comes out July 2nd and features not only the return of all our favorites, but of Jake Gyllenhaal as our movie’s villain. A much happier turn from Infinity War and Endgame, Peter Parker’s return is sure to delight audiences to no end.

Probably the one I’m most excited for personally, The Lion King remake is set to arrive July 19th to retell the famous original story from Disney with the voices of such talents like Beyonce and Donald Glover. While the live action animation has thus far left something to be desired with the expressions of our beloved characters, high hopes are steady for the remake of a film that once shook the world with its creativity and stunning visuals.

Whether a blow up or a bust, summer films are wild in their variety and offer each and every person a spot within the theatre. They, like summer, offer us a delightful break from school and work, and like many, I simply can’t wait to see what they offer. 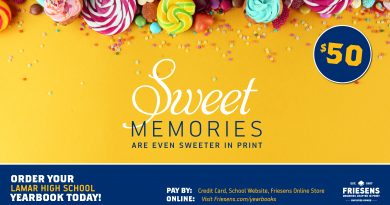 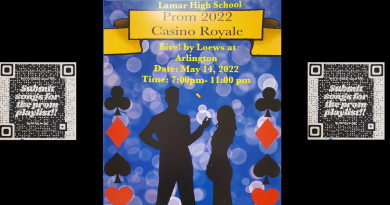