With a season record of 15-13, the varsity baseball team finished second behind Martin to advance to the playoffs.

“We play in a tough district,” head coach Paul Kino said. “Everybody we play is tough competition. I was very proud of my kids for performing well in every game this season.”

Building a team around 6 returning players meant finding a balance both on and off the field.

“We learned to play as a team rather than individually,” junior Bradley Missel said. “We had to build trust with each other in order to play successfully. We struggled some in the beginning, but we definitely improved as the season progressed.”

After suffering a shutout against Martin on April 23, the Vikings regrouped to claim victory, 3-2 in 9 innings, over the Warriors three days later.

“It was our first win against Martin in quite awhile”senior Brayden Chambers said ” being able to beat them felt really good.”

Other district wins over Arlington, Bowie, Sam Houston, Paschal, Trimble Tech, and North Crowley, the team prepared to face off against San Angelo Central in the first round of playoffs.

“I am very proud of our team for reaching playoffs” senior Brayden Chambers said ” I felt many emotions during those games.”

“I’m disappointed because I know we could have gone much further.” said senior Brayden Chambers

Lamar varsity baseball not only leaves a successful season to beat next year, but an impact on the leaving players high school experience.

” I met some of my closest friends in baseball” senior Brayden Chambers said ” Lamar baseball was definitely the highlight of my high school experience.” 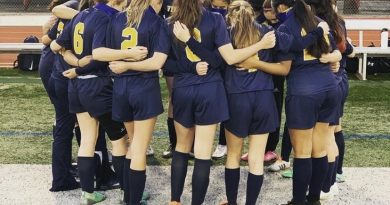 Play During a Pandemic