A mixture of tears and hugs were shared at Ashton’s celebration of life in the school cafeteria on Monday, April 8. The celebration was organized by head tennis coach Courtney Monroe and Ashton’s family. Cherished memories were written down and placed in a collection box for her family. Pinned over everyone’s heart were breast cancer ribbons done in turquoise to match Ashton’s prom dress.

Teacher Carolyn Longoria and student council organized a balloon release for Ashton after school on Friday, April 12 on the tennis courts. After a few memories of Ashton were shared, students released their colorful balloons and watched them disappear into the sky.

Senior Ashton Flasco passed away on Friday, April 5 from metastatic (stage 4) breast cancer. When she first found a lump in her breast in August 2017, doctors told her it wasn’t cancerous. She was diagnosed in December of that year once it doubled in size.

“I’m sure she had the thoughts privately, but she never thought publicly about ‘how much this sucks’ and ‘why me.’ She never had that,” head tennis coach Courtney Monroe said. “She welcomed the challenge and she was glad it was her rather than somebody else.”

Ashton never let her diagnosis cloud over her beautiful smile. A slide show at her celebration held pictures of her and her family and friends, even the occasional embarrassing baby picture that every parent loves. Her bright smile was present in every picture.

Her selfless acts and caring personality have influenced many people.

“As a freshman, she was out here volunteering for [Arlington Tennis Association] and sophomore, junior, even last fall,” Monroe said. “She was always able to come out, always about helping others more than herself.”

Her kind nature stretched out farther than to the people around her. Insects and animals even got a dose of her kindness.

“She would never kill any type of animal or insect. She would pick up bees,” junior Elise Seidenstein said.

“She always wore crazy colors in her hair,” Monroe said. “That was just part of her signature.”

Ashton began playing tennis in junior high and continued through her senior year. Having been in the tennis program for six years, she grew a strong bond with Monroe.

“She always had a dry sense of humor. Maybe that’s some of why we connected ‘cause we always had jokes going,” Monroe said.

It is obvious that Ashton Flasco was an amazing person and she will always be remembered.

“She always gave her best, and we got every ounce of what she had,” Monroe said.

You can still donate to their GoFundMe to help her family with any additional medical costs. https://www.gofundme.com/AshtonVFND

Also, for spirit week, May 21st will be Turquoise Tuesday in memory of Ashton. Turquoise wristbands will be sold in the band hall for $3; the money will go to Ashton’s family. 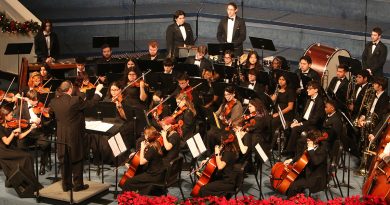