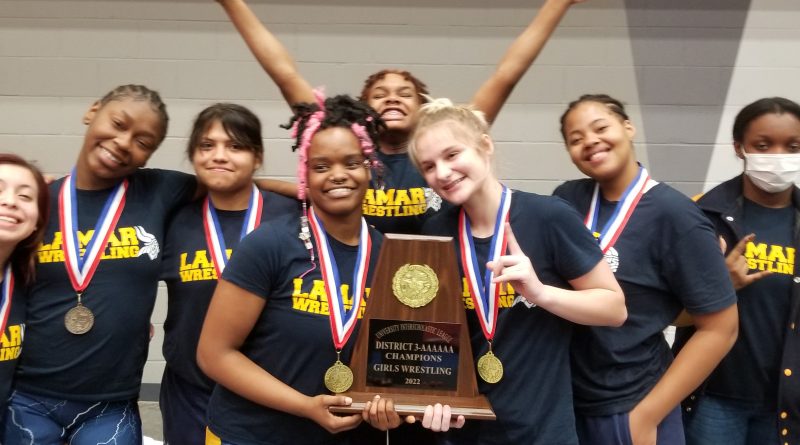 Lamar’s girls wrestling won district for the second time and two girls are headed to state this Thursday in Houston.

“Hard work pays off in the long run” is the motto Lamar  wrestling strives for. Lamar’s wrestling teams have had a positive season, winning several matches, and the coaches said it is all because of their hard work and dedication. As the season comes to a close, the team reflects on the past season and eagerly awaits the results of state competition this weekend.

“This is my fifth year coaching wrestling,” assistant wrestling coach Shont’e Roberts said. “I’ve coached basketball and track in my previous years, but wrestling has shown me to be prepared to work hard.”

“I think wrestling is a fantastic sport,” head wrestling coach Gordon Stevens said. “It’s a lot like life. Life keeps coming at you but you just gotta keep humbling it. And every day you get up, you just attack it that’s how wrestling is.”

Roberts took over for  Stevens while he was in the hospital for three months. She worked on getting the team in  shape to win the distracted championship, while he was out.

“Wrestling is a  safe  place, it helps build leadership skills within myself and my team,” senior wrestler Nya Woods said. “It makes me a better person, so as a wrestler lets me see the improvement within myself.”

The two girls who will be going to the state championship in Houston this Thursday are senior Nya Woods and sophomore  Kaylynn Lairson.

“I’m excited because I know how  to wrestle my best,” Lairson said. “I know what I’m capable of, and I’m going to play the best at my game.”

“This is the best season I’ve had. My records used to be bad,” Woods said. “This will be my first time competing in state. I’ve been wrestling since 8th grade and since then, wrestling has taught me self discipline. It’s better me mentally and physically.” 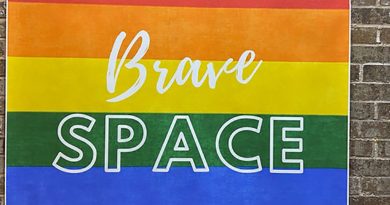