Coronavirus is a virus that affects the respiratory organs of animals including humans. It has the following symptoms like common cold, pneumonia and severe acute respiratory syndrome (SAR) that affects the gut, and can be transmitted by shaking hands, sneezing, coughing, essentially making it is air borne.

The virus started in Wuhan, China and spread quickly and killed multiple people. In 3 weeks the virus killed more than 17 people and 500 people were infected.

WHO director general warned countries outside China to get prepared for the spread of the Coronavirus. He went to tweet about the coronavirus updates and commented on the death toil and how the virus can easy spread to the people who never travelled to China, that the death toil rose over 900. China reported 3,062 new victims in the 24 hour through midnight, the total on the mainland rose to 40,071. There were also new cases reported from Japan,South Korea,Vietnam, Malaysia, UK and Spain

“As i told media yesterday, [Coronavirus] spread outside [China] appears to be slow now, but could accelerate. Containment remains our objective, but all countries must use the window of opportunity created by containment strategy to prepare for the virus possible arrival” said Director of the World Health Organization Tedros Adhanom Ghebreyesus.

Rumors were spread the Tokyo Olympics will not be going through because of the coronavirus situation.The  International Olympic Committee said that there was no reason to cancel the olympics as they have been working closely with WHO.

“Advice that we receive externally from WHO that there is no case for ay contingency for canceling the games or moving the games.”  said 2020 Chairman of Coordination Committee John Coates.

More than 1,700  health workers have been infected and 6 dead during the spread of the virus. The China National Health commission vice minister, Zeng  Yisin told the press that they are protecting the health workers

“At present, the duties of medical doctors at the front are extremely heavy; the working and resting circumstances are limited, the psychological are great, the risk of infection is high.” Yisin said

The Diamond Princess cruise ship confirm 79 cases in the ship in Japan. People have been quarantined. Almost 800 people disembarked on the vessel on Wednesday.

“The rate of new infections on board especially those without symptoms represents a lot of risk.” said the US Centers for Disease Control and Protection in a statement.

As of late, news say that business started to reopen between China and Japan as Chinese leader Xi Jingpin is increasing a note that the country’s business is really going down and the social fallout. Chinese leaders are eager to kick-start economic activities. As of recently, however, personal mobility restriction are still tight suggesting wariness about infections. 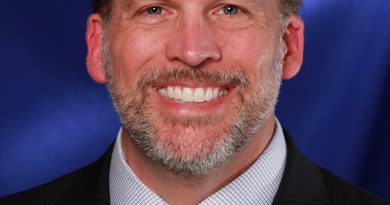