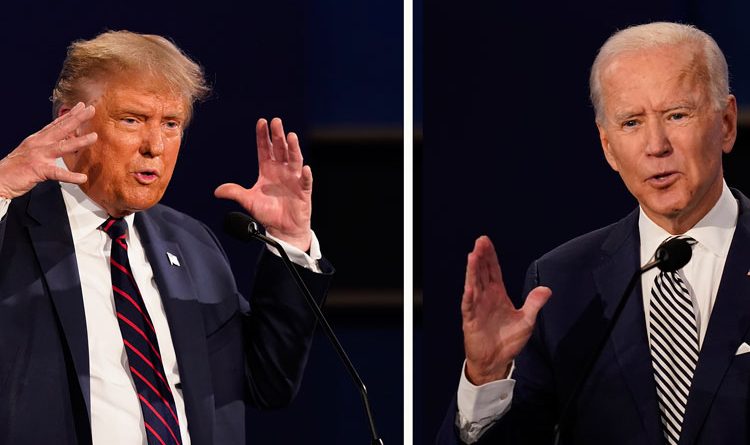 The Presidential election is up and coming. The first presidential debate was a trainwreck, to say the least. President Donald Trump and Democratic candidate Joe Biden went for each other’s heads, talking over each other with insults and ranting past their allotted two minutes.

The second debate, scheduled for October 15, was canceled when Trump contracted COVID19. There was the option to complete the debate virtually, but Trump declined the idea. The final debate went over in a much more professional way than the first did. Both Trump and Biden were able to inform citizens about their unique stances on major issues one final time before voting ends.

When asked about his mysterious income taxes, Trump claimed that he has in fact paid plenty, and will show records soon enough.

“I prepaid my taxes,” Trump said. “Tens of millions of dollars I’ve prepaid.”

Biden promised to take out Trump’s influence on taxes, leveling out the playing field so that Trump could no longer abuse the power.

“He does take advantage of the tax codes,” Biden said. “That’s why I’m going to eliminate the Trump tax cuts.”

Trump maintained that COVID19 is already disappearing from the US and promised a new vaccine.

“We have a vaccine that’s ready, it’s coming,” Trump said. “It’s going to be announced within weeks. It’s going to be delivered. We have operation warp speed which is, the military is going to distribute the vaccine.”

Trump was also eager to open up the country.

“People are losing their jobs,” Trump said. “There’s depression, alcohol, drugs, at a level that nobody’s ever seen before. We have to open our country.”

“I would make sure that we would set up national standards, how to open up schools and open up businesses so they can be safe,” Biden said.

Although he didn’t specify how it would work, Trump proposed creating an entirely new health care plan.

“I want to terminate Obamacare and come up with a brand new, beautiful health care,” Trump said.

The expensive health care plan put forward by Biden is estimated to cost $750 billion and will be paid over 10 years. He claims that great benefits will come from it: protection from unexpected billing, lower premiums, and significantly lower drug prices.

“Health care is not a privilege, it’s a right,” Biden said. “Everyone should have the right to have affordable health care.”

Biden prompted the immigration issues and how Trump split up families at the border. Trump mentioned that only those with “the lowest IQ” would continue to immigrate to the US.

“We send ICE out and border patrol out to find them,” Trump said. “We’d say come back in two years, three years, we’ll give you a court case. … They never come back.”

Biden acknowledged the racism rooted in America, and that the country’s goal of inclusivity has yet to be fulfilled.

“We have never ever lived up to it but we’ve constantly been moving further and further to inclusion,” Biden said.

Trump rebutted Biden, claiming that he has provided subsidies to the solar and wind industries, and argued that some of this renewable energy will end up doing more harm than the oil industry.

“The fumes coming up to make these massive windmills is more than anything that we’re talking about with natural gas, which is very clean,” Trump said.

The final elections are on Tuesday, November 3. If you’re eligible to, go vote. No matter what you might think, YOUR VOTE COUNTS.