People gather to mourn the lives lost in the downing of a commercial airliner by Iranian military. Many protests and citizens have spoke in outrage as a result of the event and Iran's denial until recently. Photo Credit: MojNews (https://www.mojnews.com/#gsc.tab=0)
Happening Now News Politics
January 23, 2020January 23, 2020 Lamar Scroll Editors 651 Views
Spread the love

Written in collaboration with Naarah Addae

After the assassination of an esteemed Iranian general, the relationship between the United States and Iran have become exceedingly uneasy, and these tensions have reached throughout the countries, leaving many afraid of what the future may hold.

Recently, Iran and U.S. reportedly ended conflicts after no casualties occurred in a series of missiles fired by Iran at an Iraqi base housing American soldiers, people still maintain fear of this being far from the end. Especially with the threats and rumors that quickly spread throughout social media of ‘WWIII’.

“I am close to some members of my family in Iran – my uncle and then his daughter – we’re close. We try to Skype, but due to timezone differences it’s hard. I have never seen either of them in person. They’re scared,” Iranian-American, Lamar graduate Alexa Cooper said. “It’s still very tense. We feel like we’re just waiting for the bomb to drop.”

While President Trump announced in an official statement that Iran appeared to be standing down and that tensions would soon ease, people still remained doubtful. People with family members in Iran and those in the military are hesitant and fearful of the future to come, with so much uncertainty still in the air.

“I do not think it is truly over,” senior Pedro Rocha said. “Iran and U.S.’s views on the world and success for the betterment of our countries are different in many ways.”

However, as many Americans are unaware, protests are rampant in the capital of Iran, Tehran, calling for governmental change against the regime — especially in light of the government’s confession to shooting down a commercial airliner on January 8, killing 176 people. In the beginning, Iran denied the allegations despite suspicion.

“I believe the Ukranian plane that crashed will spark another conflict as time goes by,” Rocha said.

Protestors claimed the Islamic state to be a dictatorship and dangerous, and many of these protests have been met with teargas, and gunshots resulting in massive panic and injury.

“My family in Iran don’t like the Iranian government themselves,” Cooper said. “Obviously the thought of war is scary, but they also want the Islamic Republic gone. That fear is still there, but what a lot of news doesn’t show you is that people in Iran are protesting a lot — and they’re being arrested and dying. So it’s not that stereotype of Iran hating America.”

While initial threats of violence between the U.S and America have become subdued, intense sanctions from the U.S. have left Iran spiraling into an economic recession and relations appear less than ideal. Many countries such as Ukraine, Canada, and the United Kingdom still search for accountability and justice for the lost victims in the airliner, some wait for the outcome of the protests, and others simply hope for peace amid uncertain, frightening times.

“I hope at some point we can come together and find peace,” Cooper said, “because it can be scary, but we’re all just trying to live our lives day by day.” 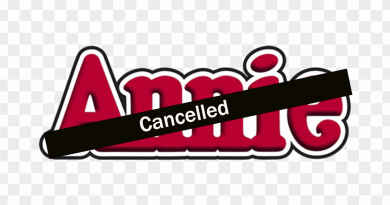 There is no Tomorrow for ‘Annie’ the musical